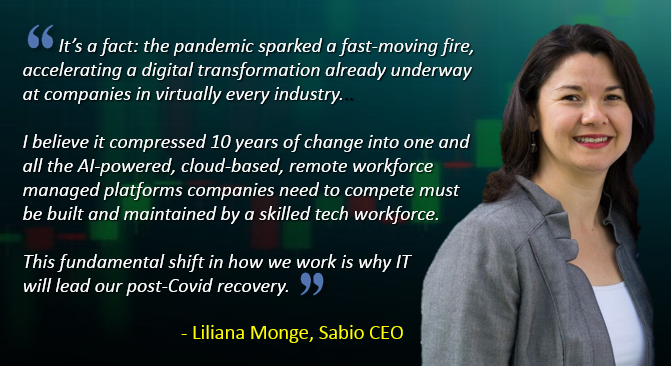 Welcome to the "Roaring Twenties".

Los Angeles, CA, March 19th, 2021 – Despite an ongoing pandemic, a decimated economy and depression-level unemployment, 30-year old Haley Freeman remained confident in early December that she would soon land a job.  She had just graduated from a leading software training program and was certain she would find work as a software engineer within weeks. Her confidence was not misplaced. Freeman was offered a job the day after she graduated.

"I had family that contracted the virus last year and had friends left unemployed by it,” said Freeman, a West Point Graduate, army veteran and Black Hawk helicopter pilot.   “it was a stressful time for a lot of families like ours.  That’s why after I left the army last year, I was determined to find a job that would be in demand even if the pandemic went on for years. With help from a VA career training program, here I am, a few months later, blessed with job security at a time when many Americans have none."

The pandemic-resistant tech industry that gave Freeman her confidence and her job is the driving force of optimistic   predictions that the U.S. will see an economic boom – not just a recovery – by the end of 2021. In fact, when work-from-home restrictions are lifted – most states are planning to do so this summer – millions of fun-starved, home-confined Americans will be eager to leave their homes and spend a large chunk of their pandemic-enforced savings on simple, social pleasures and entertainment they’ve been denied for a year, including restaurant dining, nightclub dancing, family vacations and more.  How much money did Americans sock away in the last 12 months? According to the U.S. Commerce Department, we saved a shocking $1.3 trillion since the pandemic began.  With so much pent up  cash and pent up Zoom fatigue, forecasters predict a 21st century version of the "Roaring Twenties", a term historians use  to describe the decades-long spending splurge and booming economy that began just over a hundred years ago when the United States emerged from the First World War and its first deadly pandemic, the Spanish Flu.

If history repeats itself with another post-pandemic spending spree later this year, it will be led by tech workers in general – and coding experts in particular – who continue to earn and save more than any other remote workforce.  According to Glassdoor, 8 of the 10 most lucrative and highly competitive jobs in the U.S. are in tech, including Java developers, data scientists and cloud engineers, with starting salaries ranging from $95,000 to $136,000 per year.

Sabio, the Los Angeles, CA coding and web development company from which Haley Freeman graduated in December, saw online enrollment for its full stack coding and other courses soar in 2020 despite the pandemic.  The pace of new students signing up with Sabio continued in January and February of 2021, setting a momentum for a record-breaking year in enrollment.

Interestingly, most aspiring coders who signed up with Sabio so far in 2021 have no software or technical skills in their background, suggesting that students may have previously worked at a travel agency, a restaurant, or one of other service industries that suffered huge job losses last year because of COVID-19. 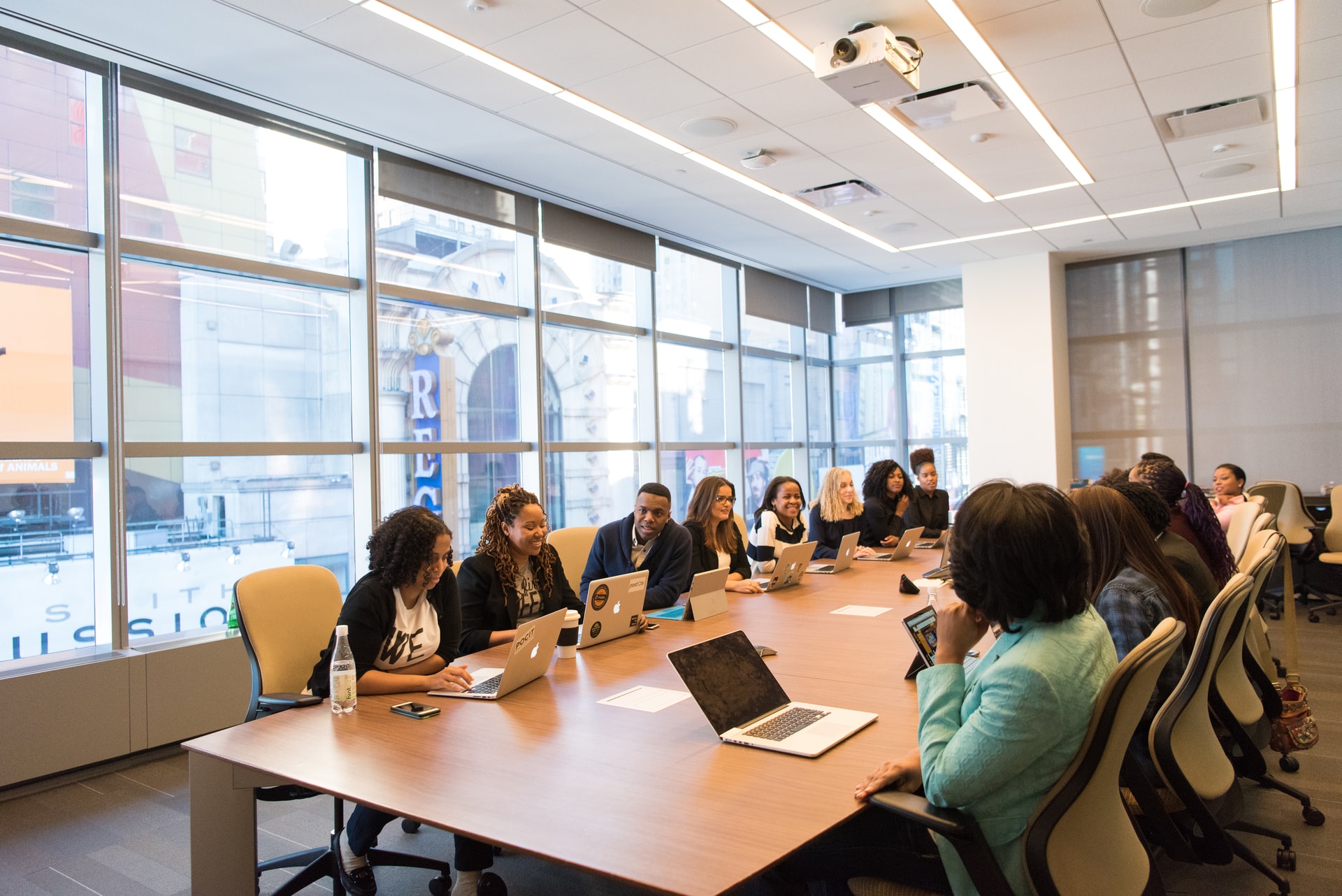 Regardless of their background, Sabio’s surge in student enrollment is a preview of what industry experts project will be a huge army of newly credentialed tech workers entering the jobs market in 2021 and beyond.  According to a recent Microsoft report the number of “technology-oriented” jobs in the U.S. – which was 41 million in 2020 – will explode to a market need of 190 million by 2025.

“It’s a fact: the pandemic sparked a fast-moving fire, accelerating a digital transformation already underway at companies in virtually every industry,” said Sabio CEO Liliana Monge.  “I believe it compressed 10 years of change into one and all the AI-powered, cloud-based tools and platforms now need and remotely managed, platforms businesses need to compete must be built and maintained by skilled tech workers.  This shift in how we work is why the tech industry will lead our post-COVID recovery”.

Beyond the seismic shift in how we work, the tech industry is redefining where we work and the economy is poised to benefit from a geographic redistribution of wealth as a result.  Because IT workers have unique programming and coding skills that can put to work wherever their laptop can access a broadband signal to the internet, companies encouraged them to work from home last year because of social distancing requirements.  Today, after benefiting from months of reduced overhead and headquarters expenses and seeing productivity levels increase in their remote workforce, millions of work-from-home employees will likely be given the freedom to continue working remotely long after the pandemic ends.

Armed with coding skills, high salaries and the freedom to work anywhere they wish, experts predict a high job multiplier effect in smaller cities where tech workers are choosing to resettle with their families, leaving big cities and higher living expenses behind.   What’s a job multiplier?  For most industries, when a new worker is hired their employment, education expenditure (if they have children) and predictable spending on local goods and services generates less than one additional job in the local economy. But with the higher wages that come with a tech job, a much higher job multiplier can be delivered to the local economy.  When a tech worker and their family moves into a local community, they create from two to as many as five indirect jobs. Combining the direct and indirect effects on local job creation — along with the economic growth of the tech sector itself —tech jobs and swelling ranks of remote tech workers will become powerful drivers of local economies throughout the U.S. 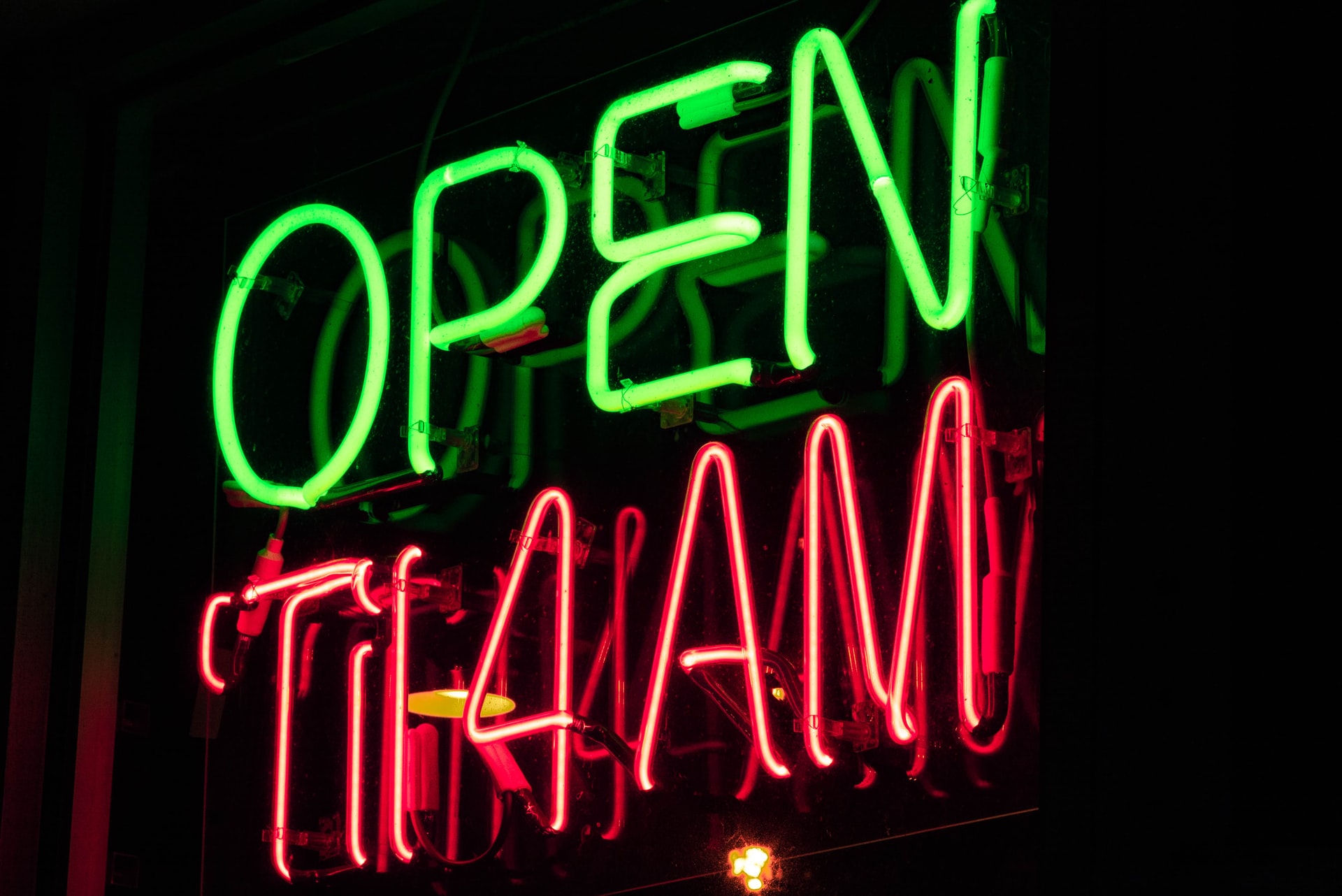 Emil Skandul, an economic columnist and founder of Capitol Foundry, a digital innovation firm, says firms like Sabio deserve more credit for their role as an engine of the “New Normal”, tech-driven economy.   Without the availability of short- term, intensive, software training programs, Skandul is confident the U.S. economy would not keep pace with the exploding demand for computer programmers and other tech workers across all industries; workers who, armed with newly acquired coding skills and the freedom to work anywhere, are more likely to leave “Tech Hub” cities like New York or San Francisco and choose to instead join the growing army of remote tech workers who move to smaller cities throughout the U.S.

It’s a decision they’ll make to improve their family’s lifestyle but will have the added benefit of boosting their local economy.

Skandul urges the U.S. government to embrace tech innovation as a national economic strategy. “Today, through the explosion of jobs in the tech sector, there’s a real potential to reduce income inequalities and restore the heartland as well as underserved communities throughout the U.S.,” said Skandul. “To fully reboot the economy, policy makers must act quickly to support companies that fund more workforce retraining, so the new economy doesn’t leave American workers behind.”

While there are new concerns about COVID-19 variants and how they may generate new infections in the U.S., confidence remains high among business leaders that the economy will recover in a matter of months, not years.  "If our economy is a ship, the tech industry is steering it in the right direction and the nearly $2 trillion COVID relief package is the wind in the sails we need to see a rebound start by the end of 2021”, said Monge.

Based on predictions by Skandul, Monge and other tech leaders, while the first Roaring Twenties, 100 years ago, were marked by a massive urban migration – for the first time, more Americans lived in cities than on farms  – the new Roaring Twenties may see a similar migration but in reverse, with millions of remote working tech workers, moving away from big cities to smaller communities everywhere. Armed with high-salaries and newly acquired technical skills, they’ll give a boost to local economies while leading the nation’s economy to a roaring recovery from our latest pandemic.