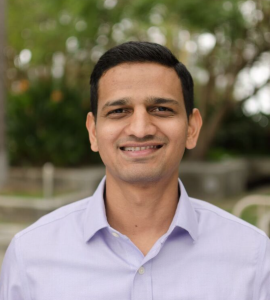 Brijesh Patel was a general manager for a hotel for four years before coming to Sabio to learn how to code. However, he was interested in technology, having dabbled in HTML working on websites as side projects. Brijesh had been teaching himself some coding skills to prepare to become a junior developer, but he realized that he wasn’t learning the latest technologies. Then Brijesh decided to look at bootcamps after searching on the internet for bootcamps in Los Angeles. After completing his Sabio bootcamp training, Brijesh was hired as a senior software engineer for a company in Orange County. When he was working at the hotel, Brijesh was earning $36,000 per year, and now he’s making $76,000 per year in his new position.