Unemployment got you down? You’re not alone. Sabio alum Claudia spent a great deal of her career trying to figure out what’s next.

Now, with Sabio and some inward reflection, she’s finally scored her dream job. Here’s her story:

S: Thanks so much for taking the time Claudia! Tell the readers a little about yourself and your Sabio journey.

C: Hi, I’m Claudia Diaz and I graduated from Sabio in June. Funny enough, I actually found out about Sabio by working at Sabio.

I had actually been working as a program director for Reboot LA which is an amazing directive. It’s funded by the city and helps people who were formerly incarcerated or have a criminal record and puts them through this program that trains them into software engineers. I was working there and also had a small consulting business on the side, but nothing was really happening for me. Through working with Sabio at Reboot LA, I started seeing all these alumni from Sabio doing really well and thought, maybe I should try that out myself, so I did. It was such a difficult and scary process, learning to code from scratch and even after graduation, but I finally got a job at 3PL Systems Inc.

S: What was starting at Sabio like for you? 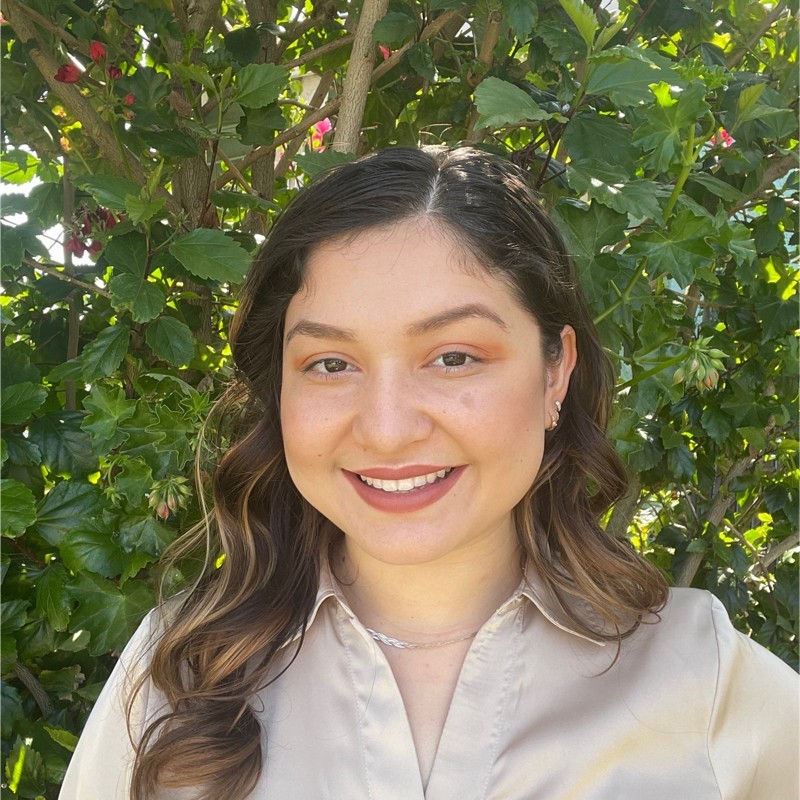 C: It was very daunting, in a good way. I did the 17-week program which in hindsight was a very smart decision. Before I started I tried a little on Codecademy with HTML and CSS and had even gotten started on the javascript course work. So, on day one of Sabio I figured I should update my computer to get it ready to go, ….and lost everything. So I basically had to do the entire course on steroids from the beginning, which led to a very interesting experience. But in hindsight, that was also a blessing in disguise because it really helped me reinforce the concept. If there’s one thing I’ve learned at Sabio and after it’s if something bad happens, learn from it and make the best of it. So I did.

S: You said you struggled during the job searching process, can you talk a little more about that?

C: I mean, it was hard, it was really hard. I was getting interviews left and right, because Sabio really does help set up your resume & LinkedIn in this super professional way. But at these interviews, I was failing them and embarrassingly so. After about a month of that, I realized that I really needed to start looking at how I talked to myself about it. Like, if I think I’m terrible at this and am going to do terrible, that’s going to come through. So I started doing some major self-reflection and just trying to better myself as an individual. At the same time, I also hit up my buddy from Sabio and asked him if he wanted to do a stand-up with me every day, (again, like at Sabio,) then work on a data structure and algorithm problem. This really helped me. It was basically taking the foundation of what Sabio gave me and re-structuring it for myself. I started getting better at the code, and sure enough I started getting better at interviews. It wasn’t like an overnight thing, but in the end it was transformative. One day someone posted in the Sabio jobs channel about a person looking for a junior software engineer, and that it would be great with someone who felt a bit more rocky with their code, so I sent over my resume ASAP. Sure enough, he reached out, I got through the second round of interviews, then when we got to the data structure and algorithm problem, I nailed it. The next week I got an offer and it was a remote job, which was the one non-negotiable I had, it was a job at a level I was comfortable with and I accepted it! It felt really good and still feels good. I’m in a learning position and I’m learning.

S: Can you tell us a little bit more about why you wanted a remote job and if that changed your job search?

C: Well, I’m based out of LA, but even when I was in Sabio, I did some of the program working remotely from New Jersey. I just travel a lot, whether for work, family, fun, what have you. So when I applied, I would use my LA address, but I was pretty much set on getting a remote job. I felt very fortunate that in the end it worked out perfectly. There are so many opportunities for remote jobs now, it didn’t really narrow the field as much as you’d expect.

S: What type of Salary did you get at your new role?

C: When I initially started my job search I was putting in my ideal salary of $90k - $100k, but then as I started understanding that things were clicking/happening for me maybe a little slower than other people, I should reconsider that. I ended up getting $75K at my current job, plus a ton of benefits, which I’m fine with because it’s remote. Also, the job promised and provides upward mobility, so now that I’m here and getting the hang of it, my goal for 2023 is to lose my junior title and get a salary bump closer to $100k. What’s more, I actually believe in myself now and understand what I need to do to make things happen for myself. A lot of that came from my personal journey, but Sabio was really the entity that got me here in the first place.