“It feels weird saying, I remember being just where y'all were at, …I graduated on Friday, okay? And I already have a full stack engineering job.”

Growing up in a lower income family, Dave never thought his life would turn out like this, “I’m an army intelligence analyst veteran. I’ve done a couple overseas tours, Korea, Afghanistan, but ultimately spent most of my time working at the national security agency HQ in Fort Meade. After the army, I wasn’t quite sure what I wanted to do, so I worked a few years as a government contractor in the same field. It was a good career, but I wasn’t happy. I’d frown up poor, so the concept of making good money and loving your work was something completely foreign to me. Like, it was never something I thought I could ever even get or pursue. That ultimately changed when I started taking night classes on the GI Bill. I took a class called “algorithmic design,” and it was all C, not C#, or C++, just C. But I just completely fell head over heels in love with it. I couldn't believe that this was a viable career path! I’d honestly never been that passionate about anything academically or professionally at all, and I knew then and there that is what I wanted to do with my life.”

Although in love with coding, Dave knew getting a full-time degree would not help him, “I quit my job and wanted to dive head first into pursuing a full-time formal education in software development. But, you realize after you’ve been an adult working for time that a full-time formal education at a college doesn't really feel like full-time engagement or really all that helpful to real world practice. After a full semester of studying for that degree, I’d gained very little meaningful experience becoming a software developer because in formal education settings there’s a lot of fluff. I had to take some class called intro to technical writing that helped me in absolutely no way at all. So I realized I needed to explore an alternative option like a bootcamp. I noticed that when I was going through my VA benefits that Sabio was 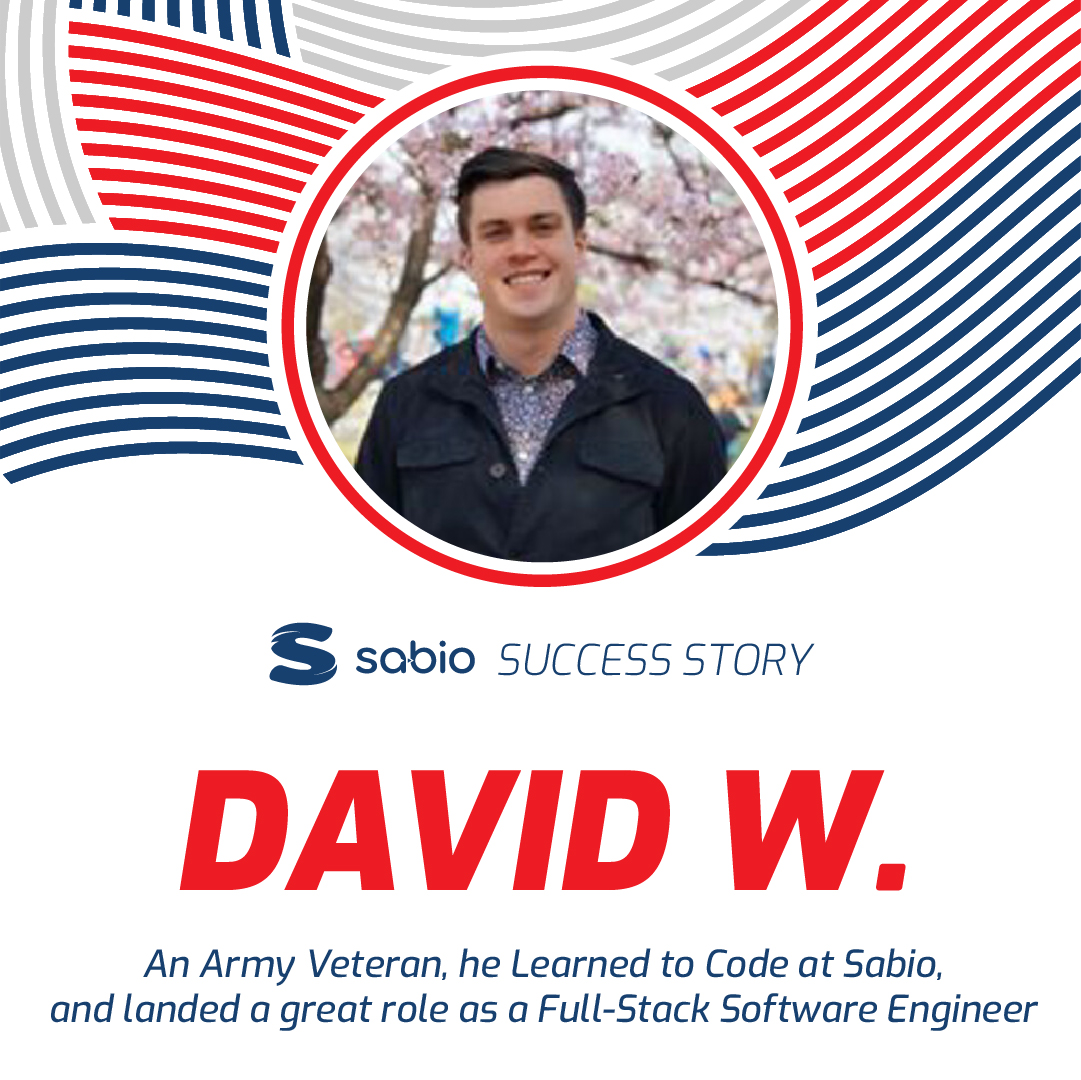 on a very short list of bootcamps that were already pre-approved by vet tech and that they had great reviews. That was enough for me and I went all in. I started this past January and five months later I’ve been hired as a fullstack engineer.”

While at Sabio, Dave understood immediately that he’d made the right decision, “The word bootcamp is a really good word for it. I wanted something that was going to be a full implementation of my time and for me to get the most out of it as I possibly could. I signed up for the 17-week program which was a really positive experience getting to work in that more collaborative environment. I think that taking that approach did me a lot of favors as well. Before Sabio, I knew practically no tech, that’s part of the reason why I really wanted to go into a fullstack engineering bootcamp. Because, without knowing the right questions to ask. I had no idea which part of app development I would enjoy best. Now that I have a decent understanding of programming principles, it’s almost overwhelming the amount of possibilities that are out there. Even just within web development, there isn’t a sector in the entire job market of the world that doesn’t need these skills.”

When looking for a job, Dave found Sabio’s help invaluable, “Sabio just helps with everything. They help you set up a great resume, LinkedIn profile and just give you great advice for how to network and connect with people in the industry. I remember very distinctly, the literal first recruiter that I talked to over LinkedIn, who contacted me almost immediately after I had set up my profile per Saboi’s guidance, was the recruiter that towards the end of the bootcamp, got me the lead for the job I accepted. Gregorio had given us all advice, canned language to offer recruiters and also specific tips for me. After emailing with the recruiter, the next day I got a tech interview with the actual engineering team lead of the team I’m about to be working with, and then the day after that, I was sitting in front of the Vice President of the engineering department. Apparently, I had done so well in my interview, that he thought he was interviewing me for a senior role. The following day, I got a call from them saying they went back to the board and told them they needed to revamp their entire on-boarding process to capitalize on people with less traditional education and experience backgrounds, like myself, and that they created a custom role for me. It’s still a lot to process, I never thought that I could be an example or a model for anything. Also, I have never been a very big social media guy, but all I had to do was follow pretty much exactly the steps that Sabio had laid out for me, and I got a job. I didn’t think much of LinkedIn before, but I'm definitely a convert now.” 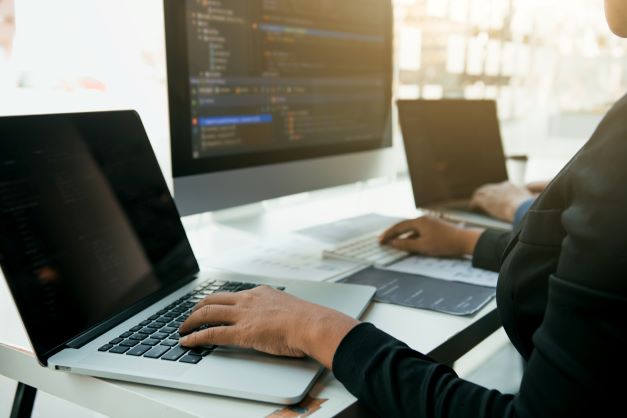 Currently a fullstack engineer, Dave is so excited to begin his new position, “The company I’m about to start with’s main product is a cloud based payment processing EPI. It’s used in things like mobile banking, digital wallets, payrolls software, and I’m coming in as a junior fullstack engineer. And I still can’t believe this, I was offered a starting salary of $80K a year. It’s full remote, unlimited paid time off, over $6k of stock options, a $1k home office budget set up, it’s a pretty good deal. Although, some of the other jobs that I interviewed for have advertised an even higher salary range, of up to $105k a year. So I’m going to see if I can use it as leverage to up my initial offer a bit. Either way, it’s still a win.”

For those just starting with Sabio, Dave says, “Use Sabio to really get comfortable talking about code, and also to help each other out. Not only does helping your cohort-mates feel good, but it’s also yet another opportunity to talk about code. We talked about this concept in programming called, “rubber ducky,”

where even talking to a literal inanimate object like a rubber ducky about code can sometimes allow you to work through a tough problem. Being able to help somebody with an issue will not only help them, but it can help solidify your own understanding of something as well, as well as how to talk about it in plain English. I seriously can’t believe how far I’ve come thanks to Sabio. From day one to now, it’s been such a humbling experience and I’ll be forever grateful to everyone at Sabio for keeping me motivated and helping me launch the rest of my life.”