"I got the job offer which I almost still can't believe... And, this all happened only in the first month of graduating."

Nima never thought she'd be working in tech, "I was in the army for six years as a medical logistics specialist and military funeral honors coordinator. When I got out of the army, I immediately began working as a human resources specialist but I didn't really like that job. One day when I was scrolling through the VA website I came across Vet Tech. I had always been somewhat interested in web design and as I did more research, I thought this would be the perfect opportunity for me to learn something I realized that I had always been interested in."

Once joining Sabio, Nima jumped right in, "I did the 17-week program because I just really wanted to make sure I could utilize every aspect of the program. I was in cohort-114 which was such an amazing experience. The cohort was larger than normal and that really taught me a lot about how to work with all types of people. The project coordinators were great with helping us all out and by the end we were working together so well as a team. The program is of course fast paced, but at the same time, the instructors were always there to help us. The hardest thing for me in the beginning was the time management, because there were always so many things you had to do in a short period of time. But with the queue and also the big cohort, there was always someone there to help you and I was able to adjust very quickly." 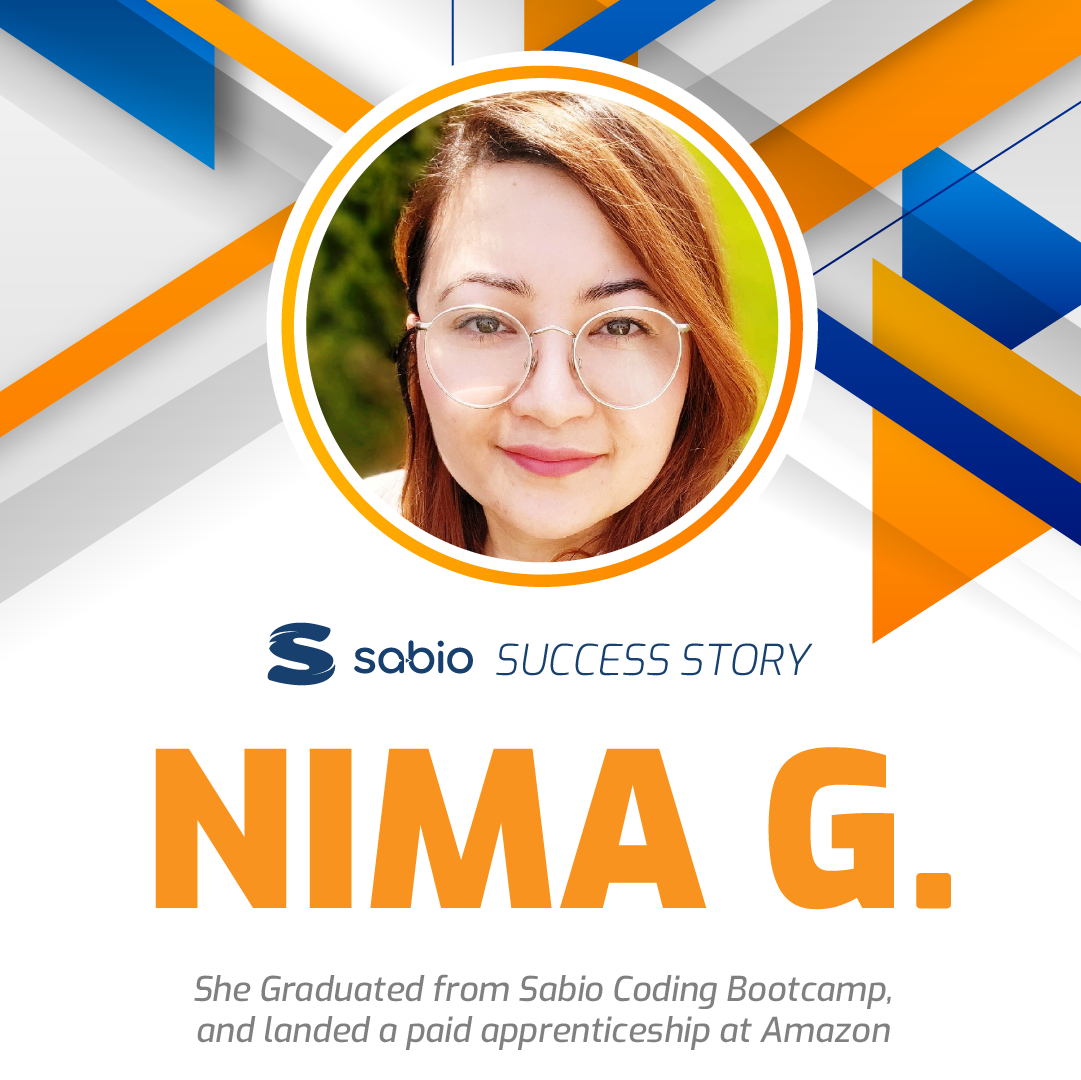 A naturally introverted person, Nima was glad Sabio pushed her to get out of her shell, "In the beginning, I was a little hesitant to ask for help or even get in the queue. I thought that maybe I needed to solve things myself which sounds so silly now. I learned that if you need help, just ask for help. That way you can move on quickly, and continue to learn things quickly. I'm really glad I was able to overcome that. Also, when it came to getting ready for the job interview process, Sabio was so helpful in working with me and also understanding my personality. They helped me with my resume and LinkedIn profile, and also set us up with the whole alumni network. We did mock interviews with the instructors and various alumni, the instructors gave us prep questions, it was great. Already two-weeks before graduation we had to start sending out at least 25 resumes a day. But, in the end, it worked and now I have a paid apprenticeship with Amazon which is amazing."

Nima continued to praise Sabio's job prep process, "When it came time to apply for jobs, Liliana Monge (Sabio's Co-Founder &CEO), and other Sabio staff opened the job channel for us. They constantly posted new opportunities that made me see how in demand we are. One day, I saw that they had posted the Amazon veteran apprenticeship, but I was really nervous because I was so new and didn't have a referral. But then, one of the alumni from Sabio who had already gotten the paid apprenticeship at Sabio reached out to me and was able to guide me through all the items I needed to prepare for it and also give me a referral. I went through a series of interviews and then I got the job offer which I almost still can't believe. They were even accommodating with pushing my start date to August so I could take care of a few family things. And, this all happened only in the first month of graduating."

When looking for jobs, Nima realized she had power over her choices, "I really only wanted to do remote, so that’s mostly what I applied for. I'm shy, but even in remote jobs you still have to turn on the camera. In the beginning, I was really nervous, but through Sabio's coaching and just doing many initial interviews, I got the hang of it. Also, I was surprised with how many jobs didn't require computer science degrees and were interested in candidates like myself. What's funny is even though I accepted this job, I still have an interview next week which I kept, just because it's a great opportunity to even interview for a company, if anything, it's just more experience. I'm so grateful to all the Sabio alumni though for their aid in preparing me, I never would have gotten here without it." 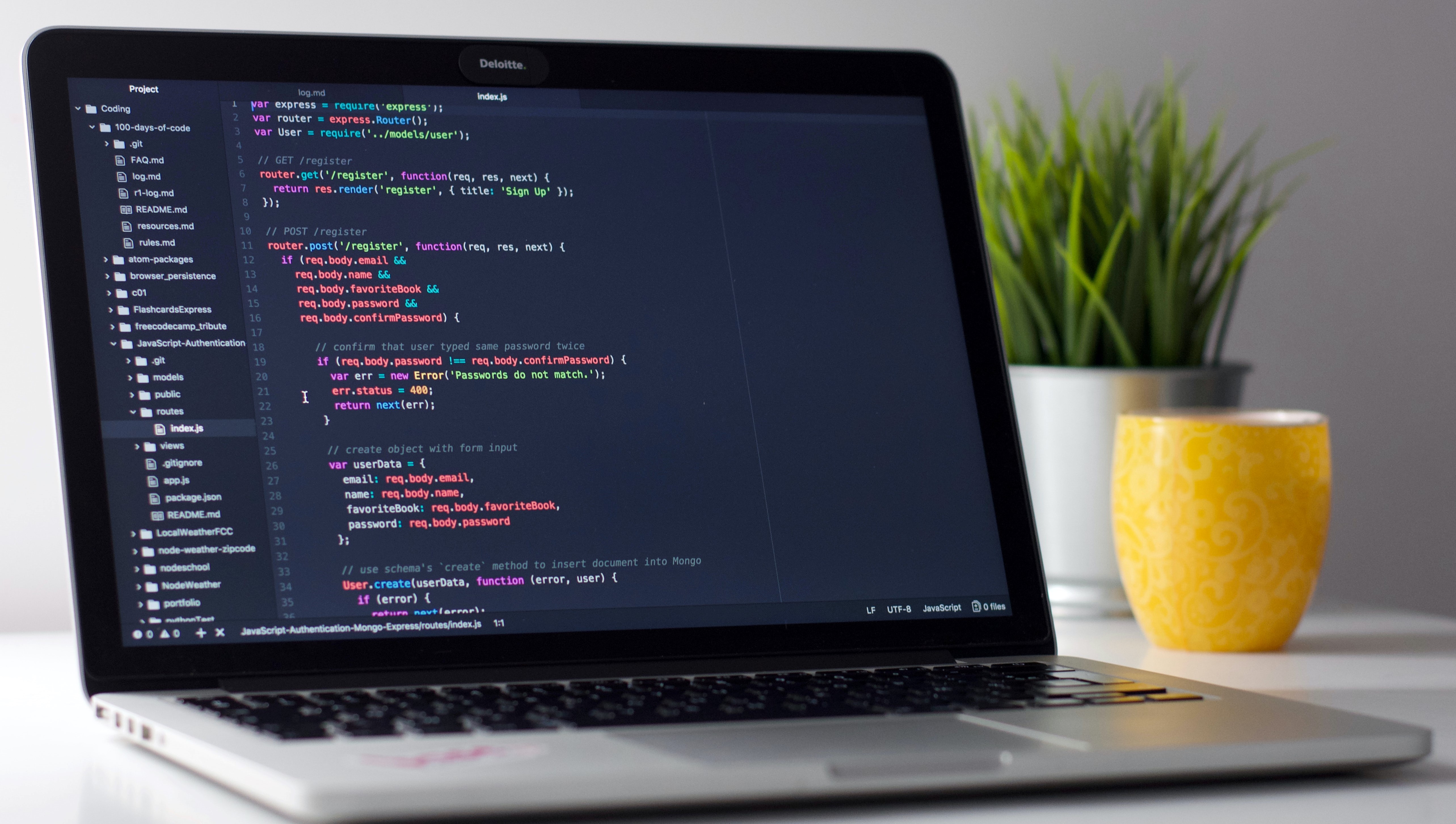 Nima also relied on the information Sabio gave her for the interviews, 'Our instructor gave us all of these questions and coaching on how to answer them, which then turned out to be almost exactly the questions I would get asked. I'd never really done any civilian job interviews, so I was nervous at first, but Sabio really helps you begin to feel confident in what you're doing, which is so valuable. I remember two unique interview questions in particular, one where I didn’t know the answer to a question but then I researched it and emailed them back with the answer and they were very impressed that I took the time to do that. The other one, they asked me a question that I answered in-depth and they kept praising me because they said no one had ever answered that in full and correctly. Both of those responses from me were thanks to Sabio. I also got training on how to negotiate on salary too while I was at Sabio, but it’s not like the training stops there. Everyone at Sabio has an open door for, well, I guess forever. If you have a problem/question/whatever, there is always someone there willing to help you. This, is one of the many reasons that going to Sabio was such a great opportunity and why I will forever be thankful to them."