“I was nowhere near top of my class or anything like that and I came out of the program with two different job offers. This is the bootcamp to go to. Sabio will get you a job that will change your life.” 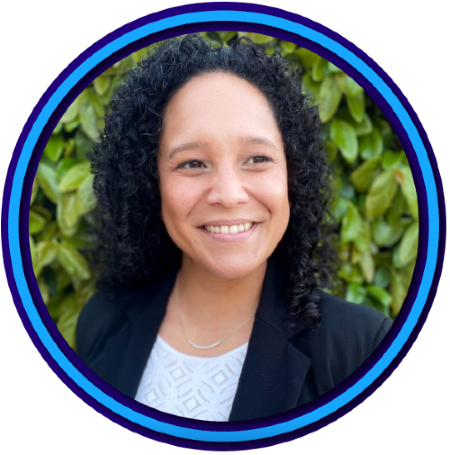 Hailing from Seattle, Lia always loved technology but never thought she’d end up a software engineer, “I was born in Utah, but I mostly grew up in the Seattle area. When I was younger I tried college and it just didn’t work for me, so I enlisted. I worked as an IT in the military, but on the hardware side of computers. When I eventually went back to civilian life, I really wasn’t sure what I wanted to do, so I though, maybe I’d try college again. It was a rude awakening of just, ‘Nope. No. This is not the place for me,’ and I realized very quickly, if I wanted to get into any career field from it, it was just going to take too long to get there. I knew there had to be a better path.”

With covid, Lia saw an opportunity for herself, “A lot of things opened up for me during that time, sort of spearheaded by the fact that a lot of people started to express themselves way more creatively while in lockdown. So, I started trying to remember how I used to express my creativity, and I remembered it was actually through HTML and CSS in Myspace. Very meaningful time spent staring at a computer screen trying to line things up with the theme song on my page. Around that time, I saw a post from a friend of mine, I think it was on Facebook. He told everyone to check out this program which was Sabio.

I did a quick Google search and I found all this info on them right away. I’m a research nut on anything, I can’t just like buy a vacuum, I always have to find the best out there. The more I read about Sabio, I realized Sabio was the best and that I should go for it.”

When it came to joining Sabio, Lia dove right in, “It was a very immersive program, which is what I wanted. Their whole approach just made sense to me. If you want to get the most out of something, just cannonball in. Also, learning remotely was kind of a seamless process for me because I already had experience working remotely over covid. Sabio also had this incredible schedule already laid out. The instructors really made it a workplace that I wanted to show up to everyday. They were tough, but fair. I really liked it because they were just keeping it real which was the exact opposite of what I had experienced in college where it felt like a lot of hand-holding. I remember thinking in college, ‘how will this translate into the real world?’ Sabio translated into the real world all the way and it really paid off.”

Currently a software engineer at Booz-Allen, Lia is loving her new job, “They’re a big government contractor but all of us are fully remote. What’s crazy is I had started talking to the recruiter a couple weeks before graduating, which translated into an interview right after graduating. I got this follow up call later in the week where they offered me the position, which I was not expecting at all. I had already actually gotten another offer for a different company which I was about to take. So, to get a second offer, I was over the moon like, ‘how is this possible?’ I was almost scared to feel excited because I kind of got that imposter syndrome thinking, ‘These people are going to pay me to do this, and they’re going to pay me this much?’ The first job offer I got was for 80k, and the initial one as Booz-Allen was 75K, so I was able to leverage that first offer to get my salary up to 80k here.”

Even though she did all the hard work, Lia gives Sabio credit for everything, “They did an amazing job preparing me for the job market. 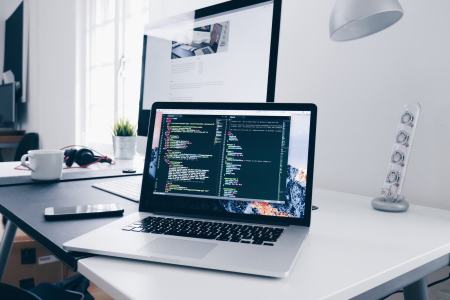 I have never been with a company or institution that prepared me for the civilian job market the way that Sabio did. They had different training and networking opportunities which was how I met the recruiter that eventually got me my current job. And then, when the actual hiring happened, when it came down to stock options and negotiating, I had never been in that arena before. When I told Sabio I had two job offers, they immediately connected me with an alumni who specialized in negotiations. He gave me so many different resources and answered questions that I didn’t even know I should be asking that led me to be able to negotiate that higher salary for the position I wanted to take.”

Sabio’s help didn’t stop there, “Besides training me how to code while fully remote, they really teach you how to work with a team when developing your code. It’s one thing to know how to write code on your own, but knowing how to make your code talk to somebody’s else's code, how to integrate it with an entire team's code, that’s a very different thing. I learned quickly at Sabio that software engineering is very much a team sport and you need to know how to communicate and work well with a team. I don’t think I would have been as successful in my job hunt if I didn’t have that crucial team building aspect to it. I still have recruiters that call me and email me, I'll tell them that I'm happy with my placement but can I refer somebody to you? Because, I know Sabio has an amazing program and puts out good developers, I will always send them their way. Helping other people get into this tech world is very important to me because it can change your life, I know it changed mine.”

With everything, Lia is so excited for her future, “The biggest change and most positive impact from this is that my job has allowed us to move closer to family. We could have chosen to move anywhere, but my husband and my top priority is family. Being remote along with having this great salary gives us the possibility to look for a home to buy where we want to live. Also, now my husband has the opportunity to go back to school himself. I can take over paying the bills and keeping the lights running while he’s able to pursue his dreams and I can pursue mine at the same time. Sabio, their instructors, Gregorio and his team, they do an amazing job, they are very invested in seeing you succeed. If you go into it with the mindset that these people are here to help you, it’s going to change your whole attitude. You don’t have to be a super smart genius nerd to do this, most of the students at the coding bootcamp were just like me. They’d maybe tried two or three jobs like myself. I had tried real estate, managing a restaurant, so many different things before I  did some self reflection and found myself at Sabio. I was nowhere near top of my class or anything like that, but because Sabio laid out such a great way forward in the job search, I was able to be successful because I am a hard worker, Sabio just had countless resources for me to attack. For me I came out of the program with two different job offers, one for Booze-Allen another for a very successful startup in Texas, and then I got a third offer actually last week for SONY for their internship.

“I can't say enough great things about Sabio,” Lia continued,  “and how much they care about their developers. They do want to see you succeed. This is the boot camp to go to. Don't look at others,  this is the one to sign up for. This is the one that's gonna get you a job and at the end of the day, that's all that matters. Sabio will get you a job that will change your life.”