A military veteran, Robert couldn't find the right fit in civilian life, "After the army I bounced around for a bit. I was doing odd jobs, but I needed to transition out of work that took me far from home because I have kids. I would have two weeks at a time where I just wouldn't see them and I was really over that. I wanted to make a decent living to be able to provide for my kids so I decided to go to college because I didn't really know what I wanted to do with my life after the military. I used the GI Bill, but I still didn't know what I wanted to do so I studied business management. I used up all my GI Bill and got my MBA but I graduated right as covid hit and there were just no jobs. One of my professors started talking about coding bootcamps and how a couple of his colleagues had gone through some and were doing really well."

The career path was enticing, but Robert knew zero tech experience, "The most I had used a computer was to write papers, I didn't even know how to set up a bookmark on a web browser. I know it sounds stupid now, but that's just where I was. I was definitely skeptical of the whole coding bootcamp experience, but then when I found Sabio my mind changed. They were willing to take a deferred payment program from me and that really caught my eye. Coming from a business background, that's a tremendous amount of risk which made me think they must be pretty confident their students are going to get jobs if they'll take that risk on. That's what actually made me attend an info session. When I went, I had a great conversation with Liliana Monge (Sabio's Co-Founder and CEO) and I decided to go." 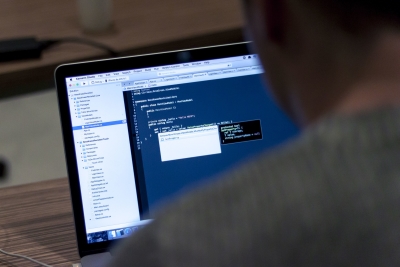 Before he found Sabio though, Robert looked at other schools, "I really liked Sabio's communication and the fact that they were 100% live remote. I am so glad I pulled the trigger on Sabio because I don't even have the words to express how much my life is different now. I had a lot of legal debt going into Sabio because I was in the middle of a custody battle for my son. Now, since graduating and getting the job I have, I don't have to worry about the loan I needed to take out for my lawyer and I live in this beautiful place now, it's crazy!"

While at Sabio, Robert loved the teaching style, "Coming from an academic background I expected there to be a lot of formal lectures. But there wasn't and I'm really glad about that. Their teaching style forces you to think for yourself and solve problems for yourself, which is exactly what I'm having to do at my job right now. Your employer doesn't want to babysit you. You need to have a mindset and strategy to tackle big problems and work long hours. The instructors at Sabio are super knowledgeable and I remember because I'm a slow learner. I would ask a lot of stupid questions and I was so grateful that they were very, very patient. Now that I'm on the other side where I know how difficult it is to explain this stuff to people, I don't know how they do it. They are amazing because it's so frustrating to hit a wall and they're willing to go through it step-by-step with you."

Now an app developer full-time, Robert credits scoring his job to Sabio's aid, "They do a really good job of explaining how to go about finding a job, which was probably the scariest thing for me. I came from a government background. Here, it's just very different to look for jobs. There's no networking involved in that, but in this world, networking is a huge part of the job search. Sabio also had these mock interviews that helped me a lot. And of course the project we worked on which was a real-world project. The project was really key in being able to interview because I had first hand experience in working with React or SQL and just had job relatable scenarios that I could pull from. At Sabio, they teach you all the best practices. When I got my job I realized that there are both good and bad developers, and I feel like Sabio really prepared me to be a good developer. Sabio also does daily stand ups which we do every day at work. When I started, I was very clunky and didn't know what to say, even on zoom and slack. It was weird and uncomfortable at first, but I got all of those quirks out of the way at Sabio. Now that I deal with that every day at my job, I am much better at communicating." 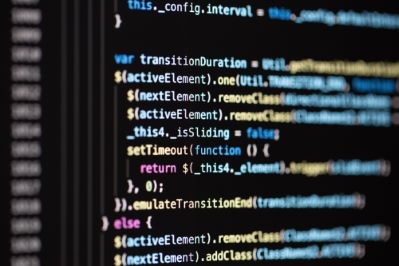 Even though he's just getting started, Robert is super excited for his future, "I really want to get good at being in the trenches for coding, so to speak. Now, I live in a completely different place and I'm able to pay my bills. Before I was literally going month-to-month and now I can go out to eat and not have to feel bad about it. I'm no longer counting pennies which is really freeing. I think that's probably the biggest thing is just feeling this tremendous weight off my shoulders. When I got my job and hours I was like 'What?! Are you serious?' I can take lunch whenever I want and work whenever I want as long as I put in the time and get it done. I've never experienced something like this before because in the military everything is super regimented. This is just amazing."

For those interested in Sabio, Robert says, "Just start coding. I used to hate hearing that, but you just have to. Even doing those silly free exercises. It's just getting the super basic drilling and fundamentals down that will set you up for success right off the bat. As a veteran who had zero experience in code and to be honest, I never thought I could do something like this, it's mind-blowing. I just want to tell people, veterans or not, that you can absolutely do this. If you're willing to put in the work and learn a completely brand new skill set, it will work for you. I know guys stuck in these jobs or now all they're qualified for is securities, or they're in some overseas gig. Some people love it, but most have families they don't want to be away from. Sabio can help you with all of that."