Originally from the east coast, Meri was quick to join the marines when he was young, “As soon as I turned 17, I joined up and served for eight years. One of the major downsides of course is that you really don’t get paid a lot as a marine. Once I left, I knew I needed and wanted to find a job that could actually provide for myself and my family. At first, I enrolled in college, thinking that was going to set me up on a path to success, but 75% of my classes didn’t actually have anything to do with my degree. I was essentially paying out of pocket for something I didn’t want. After a year I dropped out and started to look for another path.”

If it wasn’t for vet tech, Meri might never have found Sabio, “I had started flirting with learning to code. The thing I kind of liked about it was that you could see the results of the work that you put in almost instantaneously. I went on the VA website to see a list of approved vet tech schools and Sabio was up top. Funny enough, Sabio is literally down the street from me, then when I read all the great reviews I was like, this is a no brainer and I signed up.”

Once his classes began, Meri found the transition to Sabio coding bootcamp seamless, “One of the things Sabio told us was to be ambitious. Be ambitious about your culture, what you want to do for the upcoming week, then go get it. That attitude was there from the moment you began until you went to sleep, which was great. They give you the freedom to find out how you want to learn and implement how you want to learn, which really opened up so many doors for me. My cohort was really cool and we still all talk to this day. We throw opportunities to each other all the time or if someone is stuck on a problem, we’ll hope on a call. We really bonded. The instructors were also amazing, they really pushed you to go the extra mile and figure out how to learn. I liked that they didn’t hold your hand because that’s exactly what it’s like at my job now.”

Now a software developer at Amazon Web Services, Meri couldn’t be happier, “I love what I do, I get to have impact and I did from day one, so it’s a great role to be in. Honestly, I’m so thankful and appreciative and I know I wouldn’t be here without Sabio. For the interview, they gave us all of these prep questions that I would drill with myself every night. Then, when I actually got to the interview at AWS, they connected me with some alumni who also worked at AWS to help me prepare for the interview process. I think getting the training to become a full stack engineer in general is such a plus. Even if you don’t want to stay full stack long term, you have every tool you need to build on the foundation. At Sabio, we were in a startup environment because during our real-world project, we were actually working for a startup. And when you work for a startup, you wear five, six, seven, ten different hats, and those hats get you exposure to so much in the tech world. So when I joined my team at AWS and I was immediately thrown into something, I was able to catch up right away because I knew how to learn and pivot.” 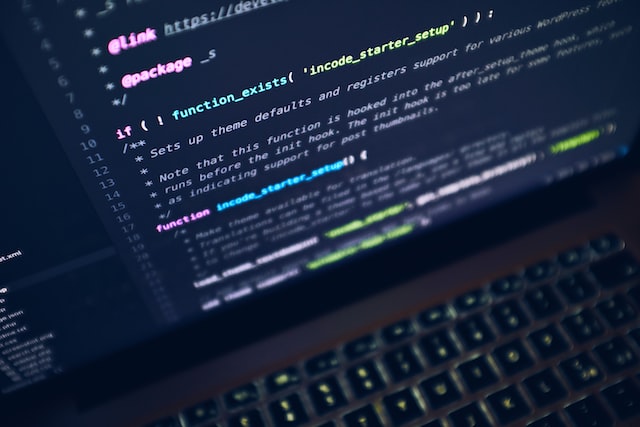 Even though he’s just getting started, Meri can’t wait for his future, “Everyone wants to eventually start their own company and I also would love to do that one day. I really want to help veterans maneuver through certain processes, but that’s my long term goal. In the short term, I’m just trying to learn as much as I can as a developer and grow, then I want to pay it forward to the men and women that are coming out of Sabio because I am forever grateful to them. My salary has increased at least x5, and I have money to spare. Now I have the quality of life that allows me to spend time with my kids, learn patience, and be myself. Sabio catapulted me to this life that I always dreamed of and now that I’m here, I can enjoy it.”

For those interested in learning to code or going to Sabio, Meri says, “You should just try it out. Do a YouTube tutorial or try the Pre-Work that Sabio has. It’ll give you a good understanding of what it’s like to be a developer. For me, it was crazy because I started to initially see those small results and then it was like, okay, that was cool, now what else can I do? So if that type of thinking interests you at all, this is the career path for you. Sabio is such a help and very supportive, they really have your back and are willing to be transparent with you. If you’re looking to invest in your future in a big way, go to Sabio.”