After her switch to Sabio, Whitney says Sabio is just better 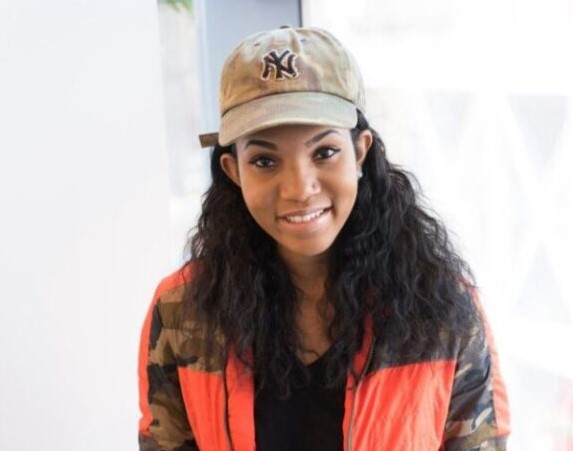 Whitney was looking to take her life and career in a different direction and after some research, she knew tech was the place for her. Like many others, she had heard of coding bootcamps and their seemingly overnight success so she took a leap. Living in the Chicago area, she started Lambda School. However, she quickly learned all was not looking as promised.

“I was in the middle of the whole course,” Whitney started, “but a lot of big changes happened within it and I grew increasingly uneasy about how what I was being taught was going to do to actually get me a job. I felt like after a year and a half I didn’t know anything.”

Undeterred, Whitney took to online, “I actually got on Twitter and saw that a lot of people were going through the same thing and felt the same way. I didn’t even know that Lambda School l was under fire by many students. I was paying for this ‘education’ with all this going on and it wasn’t adding up. Luckily, I came across a tweet from Gregorio Rojas (Sabio’s Co-Founder and CTO,) I think it was a quote that said something like It’s okay to be wrong, just don’t stay that way. At the time I was so frazzled because I didn’t know what I was going to do, I thought maybe I’d have to go the self-taught route. He said something like Make Sabio an early Christmas gift. I thought, I’m going to take this as a sign. I went to the website, read some reviews, the testimonials, the blogs, went to an info session and I was sold on Sabio.” She decided to switch to Sabio.

Whitney saw in her switch to Sabio was how different it was from her old school, “At Lambda there were maybe over a hundred students per cohort and one instructor. Then they took away the team leads and just wanted the instructors to help over a hundred students. It was so rough. When I was doing Pre-Work at Sabio, Gregorio was on top of it. He would message me and ask how I was doing, make sure I was doing okay. I realized I definitely made the right decision.”

It may be surprising, but Whitney said she actually had fun doing the PreWork, “I even told Gregorio this is probably the most fun I’ve had coding in months! I was able to actually retain the information and just being able to have that safety net of help made a world of difference. I really appreciate that because there was barely any of it at Lambda School. It’s more of a collaborative experience. The whole thing overall was challenging, but in a good way. As soon as I hit a rough patch I could ask the other students and instructors for help. Even the formatting was better than what I had before because it gradually got harder and harder.” Whitney was feeling happy about her switch to Sabio.

“Actually building things and seeing it come into fruition felt pretty awesome. Now that I made the switch to Sabio, having a future in this field actually feels tangible.”

For those curious about going into tech, Whitney says, “Research, research, research. That’s what I did after I learned the hard way. Research until you can’t anymore. Read the tweets, blogs, talk to some of the students. They get it. Their experience and what they were going through, that’s the only way to get a realistic look into what goes on within a coding program.”

“The fact that this Sabio PreWork is free is amazing,” Whitney raved, “there is so much information packed into it. I’m going to tell all my friends about it. Sabio’s PreWork and entire experience thus far doesn’t even compare to Lambda. I felt like Lambda’s course work was too easy and then I found out that they even took a lot of their curriculum from other places. Sabio’s was so much more challenging in a good way. I’m going through the whole course and scheduled to be done the first week of April. Then, I’m going to be fully qualified to get a job in tech. I can’t wait.”

Now, one month into the program after her switch to sabio, Whitney says other boot camps don't even come close: “Sabio is nothing like Lambda, it’s invigorating, has awesome instructors, I’m in a great cohort and I’m still energized to be here.”

“Now that we’re a month in, we’re working on a real-life project with an external stakeholder. I was nervous at first because this is a real company hiring us to make their product, but after the stakeholders presentation I felt much calmer. They laid everything out for us in a way that really makes sense. And even when I do get nervous I remember that I just learned how to do all this stuff in the past 8-weeks, so I have all these amazing resources to go back and look at for support.”

“The project we’re working on is really cool,” Whitney continued. “It’s like Airbnb for major events. So say a football game or concert is happening nearby, it would be based on those huge events. More like tailgating, afterparties, you get to book a rideshare, they can book a room, it takes care of everything. This past week we built a back-end which is the database and now we’re about to connect it to the front end, it’s very exciting.”

When asked about her cohort-mates, Whitney could only sing praises, “We are splitting the load equally and helping each other out. Everyone works at their own pace and is there to assist each other when we need it. The stakeholder did such an awesome job at presenting the concept to us so we’ve been able to manage ourselves really well, but whenever we do have a question, the stakeholders are very easily accessible through the Slack channel.”

Through the experience, Whitney has been able to see clearly what she loves about coding, “I went in looking to see which end I would prefer and I think I really like back-end. Starting this program, that was one of my main priorities to figure out. We’re full-stack developers so we do both front & back-end, but I just wanted to see which one I enjoy more. So one goal has been checked off the list!”

Another aspect of Sabio that Whitney loves are the ‘code talks,’ “We do a 15-30 minute presentation on something we’ve recently learned and now it’s about the specific aspect of the project that we’re working on. We talk about databases, the history of react, it’s really informative. I’m actually doing another one this week that I’m really looking forward to. Believe it or not, but I really enjoy public speaking and it’s been awesome getting my cohort’s feedback. This stuff is a great practice for what the job interview process is going to be like with the added bonus that no one here is judgmental.”

With 41 days left, Whitney says her switch to Sabio has already exceeded her expectations, “I really didn’t expect to be able to access the instructors the way we have. Like they are THERE. They’re answering questions within minutes, sometimes in seconds. I was very surprised because at Lambda we had no access to our instructors at all. You had no time to digest any of the information let alone create a product and there was no one there to help you in the classroom. At Sabio, it’s much more intimate and rewarding.”

“My excitement for Sabio is still very much there!” Whitney went on, “I thought that maybe it would die out over time, but I do not feel any burnout coming on. I’m still having a great time. I finally don’t feel lost among a sea of people. I feel seen, I feel heard.”

Take the Next Step With Sabio

Watch more success stories on Sabio’s women vlog, where hundreds of women developers from all walks of life shared their journey toward launching an accomplished tech career with Sabio’s help. Who knows, their stories might just resonate with you and motivate you to take the first step toward becoming a software developer.

For more information, you are welcome to attend one of Sabio’s Online Info Sessions or send a message to join@sabio.la.