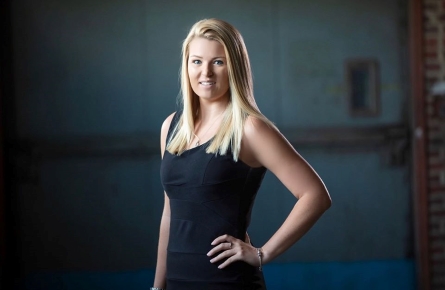 Hailing from Roanoke, Virginia, Amanda has always been interested in computers, “I actually graduated with a computer science degree from JMU in 2013 but then I never got into the field. Right after graduation I was quickly picked up by a local staffing agency who hired me full time.

I started doing that and worked my way up to assistant manager over a few branches, then got picked up by a local recruiting firm. After doing that for eight years, I started primarily staffing up startups which is when I got to see all this cool technology out there. When covid happened and I started working from home I realized that I really wanted to get back into tech and actually work with one of the startups that I was staffing. I did some research on how to best go about that and came across coding bootcamps and Sabio. It just looked like the best experience from everything I was seeing online. I know there’s a lot of negative connotations with coding bootcamps, even in some of the reviews of the bigger bootcamps, but Sabio seemed different. It turned out to be the right move because in just three months it’s already paid off tenfold.” 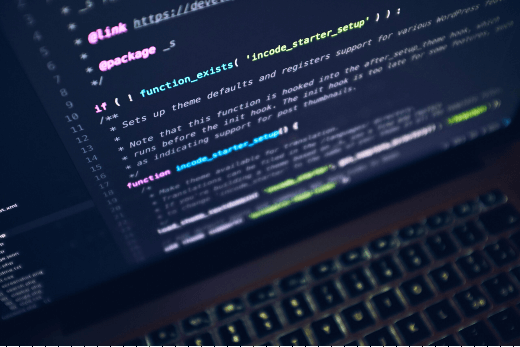 It was really Sabio’s straightforward approach that sold Amanda, “They seemed so welcoming and really willing to work with me on my schedule and payments. Plus, there was the whole month-long Pre-Work course that you could do before fully committing. I liked that idea because I realized I could see if I really remembered anything. Doing it all remote was great too and very cool to meet people from all over even with the time difference. Every day instructors would meet with us at the beginning of the day and do a typical stand-up where they check in and everyone reports on the past 24 hours. Now, I realize that’s very realistic to the work that I have to do everyday for my job. From there it’s really like a regular remote job, especially when you get to the last month of the bootcamp. You’re basically ‘on the job,’ training where you get to work on a real project and a real website.”

Despite being remote, Amanda loved working with her cohort, “I was worried at first because being a computer science major, some people that I had met earlier in the industry were very hard to work with and like to do things themselves, this was not the case with Sabio. We would jump on zooms together all the time and help each other with debugging. The instructors were also great and very diverse. It’s like a real school experience because there are different topics that each instructor is very knowledgeable about. Plus, they had a queue set up where you could schedule one-on-one time just like real office hours.”

Now a junior software engineer, Amanda is loving her new career, “What I’m working on right now is a travel management software that exists in small pieces but this company is the first to really put them together in one place. The company is based in New York but everyone is 100% remote. What’s crazier is I received two job offers exactly a week after I graduated from Sabio and then started a week after that. So, two weeks after graduating was my first day of work, an opportunity I am so thankful for. When I came across this job application I knew I wanted to work there and now I do. It’s like a dream come true.”

Amanda put in the hard work, but she also praises Sabio for their involvement, “Sabio was so hands-on with the job search which I appreciated immensely. When I graduated college in 2013 I was not at all prepared for the interview/application process. I remember being very overwhelmed then but now the instructors did a great job preparing us. They quizzed us on the type of questions we’d get, gave us study guides and we had a series of mock interviews. It was also nice to have your cohort going through the same thing with you because job applications can be such a discouraging process. It’s really helpful to have people right there in the same boat with you. I feel like ultimately the computer science degree I have didn’t give me the real world experience I needed to get a tech job. They do a lot of nitty gritty details about computers, hardware and everything that works in the back end, but in reality for an actual job, you don’t need to know all that. The information might help, but if anyone were to ask me which route to take, I would tell them to save thousands of dollars and years of their life by just going to a bootcamp. If you have the time to get a degree, that’s great, but that’s 4-years and a lot of money.” 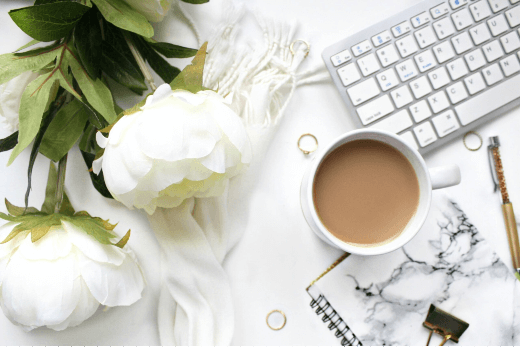 Even in her day-to-day, Amanda sees the skills from Sabio in everything she does, “At my job we’re not actually using the same software or stacks I learned at Sabio, but what Sabio does an amazing job at doing is they teach you how to learn coding languages quickly. You learn how to digest new information on the fly and how to just intuitively go into  someone else's code and figure out what’s happening. This is invaluable because this is exactly what I have to do at my job now and really any job in tech.”

She may just be getting started, but Amanda is excited for her future, “I want to learn as much as I can from the people that I’m working with. This company that I’m at is female founded and three of the women are in the Forbes top 30 under 30 list which is really exciting. I really want to grow my skills and I’d like to stay here long term.

Right now I’m working with really brilliant people, learning daily and doing all of this without having a daily commute. I don’t have a set schedule, so if I want to change up my routine a bit, I can. I love the flexibility in my life, I don’t need to stress out about going to a doctor’s appointment or asking for a morning off. Plus, not only has this already made the amount it cost me to go to Sabio, my salary has increased exponentially.”

For those interested in learning to code Amanda says, “Don’t be intimidated by all of the information out there. Everyone has to start somewhere and the best first step would be just to go to one of Sabio’s Info Sessions. Sabio is such a positive experience, I keep telling anyone in my life looking for a new career that Sabio is the best way to go.”