Originally from Orange County, Johnny had a very eclectic background, "My associate's degree was in business administration and then I graduated from San Francisco State University with an English Degree. From there I went onto retail management where I really just spent the next few years bouncing around. I was in school in SF then moved to Orange County and was basically making ends meet working the gig economy but then the pandemic hit. I actually had gotten a job as a delivery driver right before covid but got laid off during Christmas which was really disheartening. That's when I started looking for other options and found Sabio."

Even though he jumped into coding, Johnny really didn't know that much about it, "I had some coding experience in elementary school but that was just for fun. I did however have some friends who were developers and they all told me how much they loved their jobs, the flexibility, the stable incomes... I just put all that together and took a leap. My first instinct was to go to a school in the bay area since there are a couple of big names up there, but I had two friends who had gone to Sabio. They had a bunch of points that basically convinced me why Sabio was the best choice. Not just because it was local, but because Sabio offers so much more in terms of getting their students ready for their careers and that's what I was looking for. You get everything you need to learn in the curriculum but it's gearing towards actual real-world scenarios that get you hired." 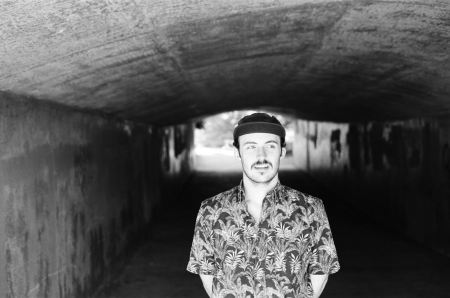 One thing Johnny loved was just how hands-on Sabio was, "There was so much to cover in such a short amount of time but while it was intensive it was very much 'at your own pace.' You are the one responsible for opening up the tutorials and working these exercises and then ultimately working on the project. We would begin every day with a morning stand up and if you had any questions they got answered right away. But, I think the best part about Sabio is something that's called the queue. It's basically being able to book time with an instructor when you need help which is always pertinent and timely. It's really a life saver in those moments when you get to hop on and get some clarity on something you're struggling with."

By the end of his cohort, Johnny felt like he had a new support network. "I actually knew one person going in but by the end of the cohort we were all really getting along. We did nightly code talks with each other which just kept us all in the loop and on the same page. We would help each other out as we all learned different technology at different paces. Everyone was super collaborative and fun to work with and had a positive attitude which really helps considering how challenging Sabio can be. The instructors were also super rad. I definitely love the fact that there are a couple people that you end up talking to when you need help because that just went to show me that there are a couple of different ways that you can go about solving a problem in this world. Everyone was very helpful and understanding with any issues I had that came up but also knew what to do in the moment to ensure that I had the best learning experience that I could. There were no hand-outs which I really liked. It was all geared to make sure I was able to understand what we were working on." 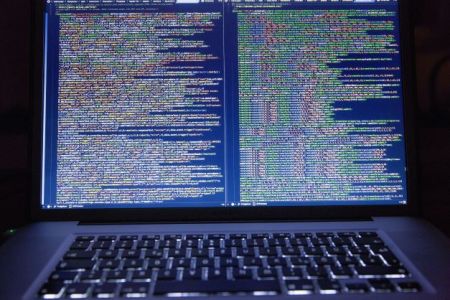 Having just graduated six weeks ago, Johnny is thrilled to be starting his first tech job, "It's ultimately going to be a full-stack position and my title is software engineer. But my first day is tomorrow and I start on front-end work, I'm so excited. I got this job actually through a connection with the career services Sabio offers after graduation. Liliana Monge (Sabio's co-founder and CEO) put out this job posting so I reached out to the hiring manager who is now my boss. He had a relationship with Liliana and Gregorio Rojas (Sabio's so-founder and CTO) and it turns out his son went through Sabio, too. Just the fact that he was able to see his son's success and have the faith and confidence in my ability to do this job was amazing."

It wasn't just Sabio's connections that helped Johnny seal the deal, "The other thing was my boss wanted to see how I could talk about technology. A big part of the second interview was talking through some of the code that I had written for the project we did at Sabio which was really code. I mentioned that we were doing these nightly code talks, and that specifically really helped me get this job. Just being able to understand line by line what's going on in the code and how I could convey that to someone. Also after graduating I got to some algorithm workshops with a tutor through Sabio which was all extremely helpful in getting ready to talk to people in interviews."

Despite just beginning, Johnny is thrilled for his future, "In five years I want to be a better developer overall. I feel fortunate because I see some of these job postings asking for technologies that are a bit older but my job is working with some cutting edge stuff. I would love to help others along the way also. I was helped so much by Sabio, so it would be really cool to turn around and pass that on to someone else who is struggling. I can't believe that before Sabio I was pretty much broke and laid off, then in three months my entire life turned around. Now, I'm making over 50% more than I was when I was in management. Sabio gave me the skills to not just walk into all my interviews knowledgeable but also confident that I know what I'm talking about. I also have something to show for my time at Sabio. We built a really cool application during my time there and I got some great skills that I would not have gotten otherwise without my team's support. I have everyone's voice in my head now whenever I sit down to code just helping me along the way. I think that's a priceless thing."

For those interested in learning to code Johnny says, "You should take the Sabio pre-work courses. There's some pretty cool stuff in there which covers the foundations of everything. If you want to start dabbling on learning to code, that's a great place to start and you can't start soon enough. I had such a great experience at Sabio. I know it was a very tough time for me to transition through not having a job, then going to a bootcamp style education and then having to look for a job after that, but Sabio made it incredibly smooth. There, people are always available to listen and take feedback. It was a really great and supportive experience at Sabio, I couldn't recommend them enough."

Want to learn more about Sabio? Attend an info session where you will have the opportunity to ask questions Sign up here sabio.la/info

Ready to start coding? Free coding classes available to get you started sabio.la/free-coding-courses