Originally from Southern California, Joseph spent 8 years in the military, "I was mostly in active duty and one year in the reserves. When I got done I was looking for what to do next and didn't really have any idea. I had always been interested in technology, so in my research I came across Sabio online and everything just kicked off from there."

Before choosing Sabio, Joseph checked out other bootcamps as well, "I looked at at least 3 other schools but they just didn't have what Sabio had. I met Gregorio Rojas (Sabio's Co-Founder & CTO) and he seemed super passionate about what he did and teaching people. All the other programs just seemed like they churn through people and their programs. It really stood out to me. I'm so glad I made that choice. At Sabio you run into people with all kinds of different backgrounds. Some with zero experience in development, others with a four year computer science degree. But we're all there with the same purpose, learn to code, work together and get a job. It was a big time commitment, but it definitely paid off in spades." 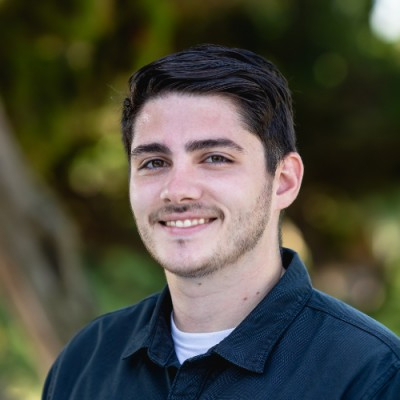 It was the real life experience from Sabio that really impressed Joseph, "Being able to work collaboratively on a team is super amazing because that's exactly how it's going to be when you enter the workforce. It was actually pretty surprising to me how much what you work on at Sabio is literally exactly how you work at an actual job. They did a great job preparing us for that. The instructors were amazing too. They were really informed and very patient. I know they have a lot of other students to help, but you never feel like you're just another student. They made sure you were taken care of and learned what you needed to learn."

Currently a full stack developer, Joseph is loving his new career, "I graduated in Nov 2019 and actually started working right away at my current job. I actually really like it here, but I keep up with the Sabio slack channel and I saw Liliana Monge (Sabio's Co-Founder & CEO) had posted an opening for an Amazon military apprenticeship. I figured even though I was happy with my job, Amazon is pretty amazing so I'd just throw my name in the hat and whatever happens, happens. I went through the whole process, ended up getting an offer and now I start with Amazon on Monday."

It wasn't just coding that helped Joseph seal the deal, "Sabio has these mock interviews that were super helpful. I had one with Danny that went over the basics that is sort of a warm up, then one with Gregorio which kind of beats you more into a sense of how the process will actually be. He's super intense and technical, but if you can talk code in front of Gregorio, you can do it in front of anyone." 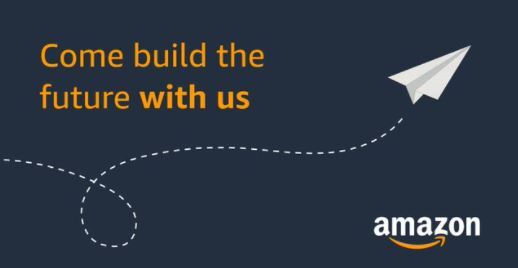 With his Amazon military apprenticeship around the corner, Joseph couldn't be more excited. "We have 18 weeks training online and then 18 weeks in-person as long as covid stays under control. Then, after so many months they give you an offer to work at Amazon. When I told my job I was leaving they were really bummed out, super happy for me, but also not so happy that I was going. This is going to be such a tremendous opportunity for me. I think I eventually want to become a product manager and this is going to make me a more competent developer overall. Plus the salary increase from before I went to Sabio is huge."

For those interested in learning to code, Joseph says, "If you enjoy problem solving, you're going to make a decent software developer. However, if you don't,  you're just going to hit a wall. Just make sure you like doing this before you make the full-time commitment, it's a lot of time but very much worth it. Gregorio, Liliana, all the instructors at Sabio, they're amazing. When I look back on not even two years ago, I can't believe how far I've come. I definitely didn't expect to be at this point right now where I'm leaving a pretty good paying job for a better paying job and it's all thanks to Sabio."