The latest US labor statistics have brought on major concerns about talent shortages in various industries. According to ZDnet.com, the shortage of software developers is expected to hit businesses hard in 2022. Tech recruiters are anticipating a tough year when it comes to hiring talent. Coding platform CodinGame conducted a poll of 14,000 developers and found that nearly half of employers are struggling to find suitable candidates to fill tech roles.

What exactly is a software developer? A developer – also known as a programmer, coder or software engineer – is an IT professional who uses programming languages to create computer software. Developers write, test, debug and maintain applications. They are usually employed by either the technology companies that create off-the-shelf software or by end-user organizations – both in the public and private sectors – who develop bespoke applications.

How is this shortage possible at a time when it seems as if the tech industry is booming? Various tech publications have surveyed developers and employers and have found a few possible reasonings. 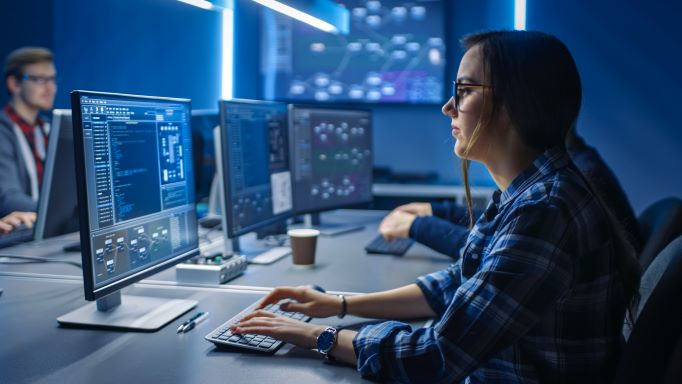 Education is the main aspect capable of helping in solving the talent shortage problem. At the same time, education is also the country’s main challenge—there are too few school graduates ready to pursue tech careers, as only 13.2% of U.S. high schools offer AP computer science courses. Currently, 2 out of 10 instructors admit their students receive no computer science training at all. The main reasons for poor CS education in primary schools include a lack of supporting educational programs and insufficient funding.

By the end of 2020, there were 1.4M unfilled Cyber Security jobs. Meanwhile, the number of college graduates in this field is only 400K a year. The US is under the risk of facing an unrealized output of $162B if the country's software developer shortage keeps growing at the same pace. Business development and digital transformation are impossible without new talent, which intensifies the gap between tech talent supply and demand

Employers are also  finding it especially difficult to match candidates with their specialist business needs. This year, web development, DevOps and AI/machine learning are among the technical skills most sought after by tech recruiters, the CodinGame survey found.

“There is a shortage of developers who are proficient in these languages.These programming languages are not taught at school or at university, and many developers may not be aware that there is a demand for these languages” said Frederic Desmoulins, co-founder & CEO of CodinGame.

“However, the difficulty with this approach is that companies that have adopted these technologies generally only attract developers who have a similar mindset,” Desmoulins added.

While these are common roles in the tech industry, recruiters who were polled for the survey said full-stack and back-end engineers are needed in such high numbers that they could struggle to find enough of them to match demand. When it comes to programming languages, JavaScript, Java and Python are the top three languages recruiters will look for in 2022.

This year, just over a third (35%) of employers hope to hire more than 50 developers, while an ambitious 15% are intent on hiring more than 200, CodinGame and CoderPad found. But even though 53% of organisations have increased their budget for hiring developers, this is being offset by intensified demand for technical skills as digitisation sweeps businesses and industries.

The amplified need for software skills as companies move their workforces to the cloud and launch new digital offerings is giving even greater bargaining power to software and IT professionals. CodinGame and CoderPad noted that part of the reason recruiters have upped their budgets for hiring developers in 2022 is because of the increased competition for software skills, which means developers are able to demand higher salaries.

Employers prefer to hire senior software engineers, but this desire most frequently leads to overstated requirements to candidates. AI, machine learning, and data science are developing rapidly, however, these technologies are only in the initial stages of their potential growth. So it’s next to impossible to find professionals with high enough qualifications on the US software development job market.

There are many  more employers turning to freelancers and contractors to fill their skills gap: 42% of recruiters said they increased their reliance on contingent workers during the pandemic. 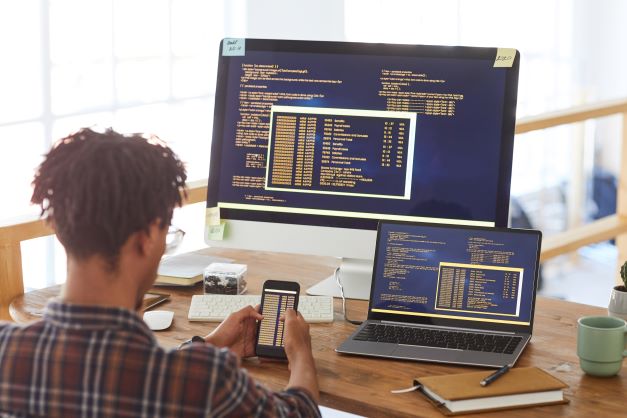 “It’s very hard to find talent that is affordable for building apps for my level of clients. I ended up hiring freelance people — this way you get someone who is really excited about your project at the beginning, starts building it, and then sort of fades away. One day I said, “Let’s look at some of these companies that help you hire IT specialists and create a remote team for you,” Drew Dorgan, GlobalHMA and  Workhorse Development Owner has told DAXX.com.

Researchers noted that developers have had more options to choose from with the global adoption of remote work, with 66% of developers having moved to remote work due to COVID-19. Tech workers are keen to see this trend endure beyond the pandemic, too: 70% of developers surveyed said they want to work remotely.

Looking ahead in 2022, there will be some relief from the challenge due to a willingness to consider non-university graduates, but demand for developers is growing faster than the market can provide them.

It’s safe to say that developers will be in short supply for the foreseeable future. Employers will have to balance between the availability of developers and the profitability of the projects on which they work – prices will undoubtedly rise.It will never be easy to locate good developers at low costs, but 2022 certainly has all the makings of being a challenging year.

Learn more about Sabio by attending an info session where you will have the opportunity to ask questions and meet with an admissions director 1:1. Sign up here: bit.ly/sabio-info-session

Ready to start coding? Try our free introductory coding classes to get you started: bit.ly/sabio-intro-classes