Originally from Murrieta, CA, Zachary began his career in the army, "I joined up when I was 18 and spent seven years there. I was an infantryman and did not do anything tech driven. When I got out, there were a few things that I was interested in, but tech started catching my attention. I'd always been interested in how websites were made. I mean we use them every single day. What drives that? Unlocking that puzzle of technology was very intriguing for me."

Looking into boot camps provided the answer Zach needed, "I didn't know that there were so many available resources out there for veterans until I started doing my research, uncovered coding bootcamps and that's when I found Sabio. I went to a few other schools' open houses and just wasn't feeling it. I liked how Sabio had much smaller class sizes and really seemed to care. I was going to be a newbie at this and was really intrigued by the hands on instruction and mentors there. Also, they had all these opportunities to use the GI Bill or Vet Tec. Both of those things sealed the deal."

While learning to code was a challenge, enjoying Sabio was not, "When I started Sabio I had never touched code before, ever. It was a huge experience for me, being there from 9AM to 9PM every day. But that's where I learned not only how to put words on a webpage, but how to use a database, utilize a server and then we started actually making websites, it was great.  My cohort was small and really tight knit. There were a handful of other veterans too and we all got along super super great, I still keep in touch with some of my cohort mates actually. My instructor was Brijesh Patel and he was super hands on. He understood the pace that I was going at which allowed me to progress where I needed to progress. He also quickly understood my method of learning that really helped me excel." 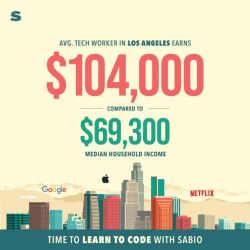 Now a Full Stack Engineer at OSI Express, Zachary's applying what he learned to his daily life, "I'm currently building a branding CRN for the company, integrating multiple API's and software, it's kind of a big thing and really rewarding. Getting the job here though wouldn't have happened if not for Sabio. Gregorio Rojas (Sabio's Co-Founder & CTO,) would have us do multiple rounds of mock interviews which turned out to be exactly like the interviews I had at other companies. Sabio doesn't just teach you to learn to code, but the repository you might use and what the workplace coding environment would be like. When I came out of Sabio, I learned how to host my own website and start coding for different clients. It really gave me a solid foundation to build off of and accelerate from." 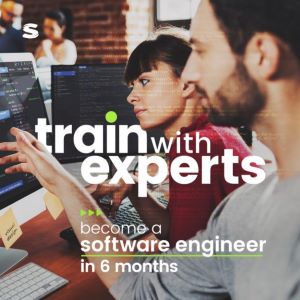 "My life has changed tremendously because of Sabio," Zachary continued. "Before my job options were so limited, and now I was able to land an entry level position that pays exponentially higher than anything I had before. Also my quality of life has changed for the better. The company I work at now is very relaxed and allows me to actually enjoy my job and my co-workers."

For those interested in learning to code, Zachary says, "Get started now, don't wait. Just start it immediately. Start taking courses by yourself and listen to what Sabio has to offer because all their introductory courses are completely spot on and will make a huge difference down the road. Anyone who wants the opportunity and wants to learn how to code can. Sabio is the best place to start with that, so what are you waiting for?"

Join Sabio, attend one of our info sessions and become a professional software engineer today.

Ready to start coding? Find out more about our free intro classes.

Hear directly from our fellows via our Course Report reviews.